It's the end of the world as we know it... and I feel fine

The Trump administration is expected to announce plans to withdraw from the Paris Climate Agreement right about now.  The headline implications of this are on the surface, hard to fathom. Run-away climate change will cause immeasurable suffering and economic decline.  If this move leads other countries to back away from their commitments, we could lose what may have been the very last-minute last change we had to avoid really devastating climate impacts.

On the other hand, much of the rest of the world, and much of the US will not let this ill-considered move slow them down.  In fact it could help us all redouble our efforts.

In the US, leading companies, cities, states, colleges and universities, faith groups, and others see the benefits of accelerating the transition to a low-carbon economy. The market forces are there.  By giving up our leadership role, the US may miss some opportunities, but others will take advantage of them.

The Low-Carbon USA initiative has been tracking businesses and cities committed to creating a sustainable future. Recently our friends at Second Nature looped in the colleges and universities that we have been working with on this for 10 years -- with over 600 committed to carbon neutrality, and making great strides in that direction.

Groups like the Climate Leadership Council, conservative Republicans, and the Citizens Climate Lobby are working to enact smart carbon fee and dividend programs.  States like Mass and California are considering ways to advance and expand their carbon pricing initiatives.  With long-standing leadership from the likes of Michael Bloomberg, mayors and cities have been working on these issues, and aren't going to stop. 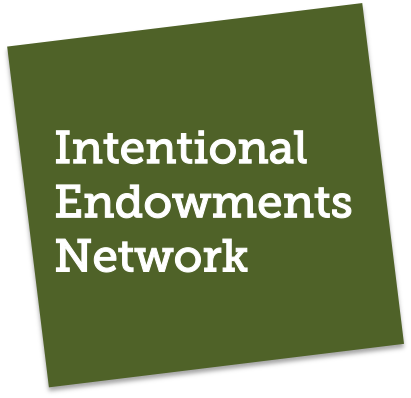 Investors see where we the world is going. Most of the world's largest asset owners are taking action on climate risk and moving to greener investments. At the Intentional Endowments Network we're supporting endowments in keeping up with this trend.

While the climate challenge requires all oars rowing in sync -- and Trump's rowing backwards will hurt Americans, our children, and people everywhere -- my message to the rest of the world would be that the US is still with you, and we will now accelerate our work to address the climate crisis. We have no other choice.

Posted by Georges Dyer at 12:27 PM No comments:

New video from the MSLS programme

A great new video that captures the spirit, diversity, and effectiveness of the Master's in Strategic Leadership towards Sustainability programme at BTH.

Enjoy, and share with any young leaders, or later career professionals looking to enhance their sustainability leadership abilities and tap into an amazing global network:

MSLS from MSLS on Vimeo.

Posted by Georges Dyer at 7:07 AM No comments:

Below is a great quick recap of a few pieces of huge news on climate this week.  It comes from a "Morning Climate" - a news briefing on Monday, Weds, and Fridays from the MacArthur Foundation. Subscribe here.

Posted by Georges Dyer at 12:31 PM No comments:

Former US Treasury Secretaries, Hank Paulson (R), Robert Rubin (D), and George Schultz (R) issued a letter to the SEC urging it to require companies to disclose how they are accounting for and preparing for risks posed by climate change -- calling it "the biggest economic risk the world faces today."

The Secretaries praised the SEC's 2010 guidance on the materiality of climate risks, but said it did not go far enough, and most companies have not been disclosing their exposure to these risks well, using boilerplate language that was not helpful.  The called for "mandatory and meaningful disclosures of the material effects of climate change on issuers."

It's hard to imagine a more credible group calling for such action -- and another strong signal that companies and investors need to be doing more to understand and mitigate climate risks.

The letter stems from the work of the Risky Business Project.  Learn more about the letter in this article from Scientific American.

Posted by Georges Dyer at 2:57 PM No comments:

Is there a warming trend?

This info-graphic (via Climate Central) has been making the rounds lately -- it does a great job showing the warming trend over time, and just how close we're getting to the dangerous 1.5 degree threshold:

Posted by Georges Dyer at 12:42 PM No comments:

Great video from Prince Ea on alternate future scenarios, and how sustainability is about looking upstream to root causes, tying everything together:

Posted by Georges Dyer at 7:37 AM No comments:

The most interesting sustainability report you'll never have to read

There's no doubt we need art if we're going to make the progress toward sustainability on the timeline we need to avoid big trouble.  Cheers to Heineken: